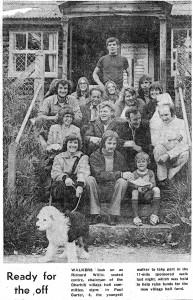 By the mid-1970s the Memorial Hall had come to the end of its useful life and a replacement was needed. The Villagers set about raising the funds to build a new Hall and this picture from the Gazette and Herald shows one of the fund-raising efforts (click on the image to see a larger version), and some of those pictured are still Cherhill residents. The efforts were successful, the current Village Hall was opened in 1977 and is still in use nearly 40 years later 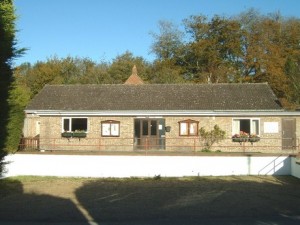